My Home Away From Home

I've mentioned on my previous posts that I have decided to join a new company this month. This place is very far from my previous job site. I have featured here photos of our housing unit. It's a 3 floor apartment and I'm staying on the 3rd floor. The design of this house is typical of a Cambodian house. 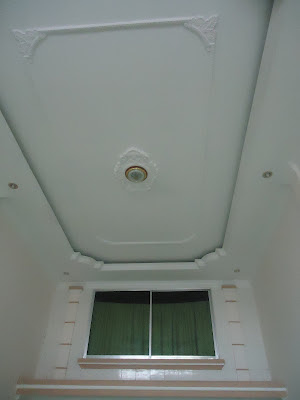 This is the living room.Some furnitures are not yet delivered at this time. 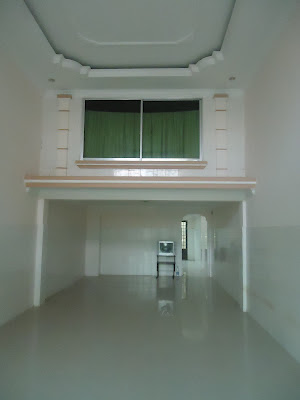 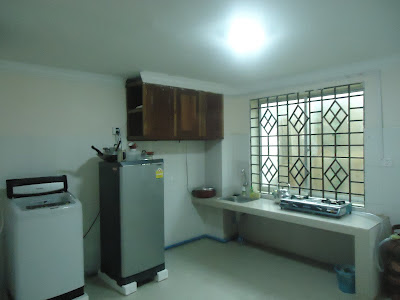 This is our small but cute kitchen.


I'm happy that somehow, I'm beginning to get use to my new place and my new home away from home. I feel comfortable in our unit and I'm happy that I was given my own room where I can have a privacy. We are properly taken care of. Our unit was furnished and everything seems to be working just fine.

I guess this is something to feel happy about. :) 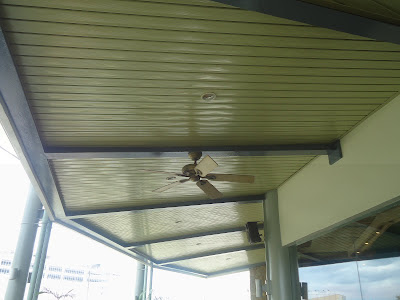 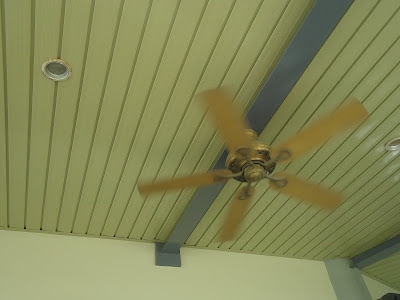 My project of replacing the entire roofing of my other house into steel trusses is nearly to be completed. They are now on the final stage. I feel relieved knowing that it would now be safe even on the onset of typhoon. Probably, I should start planning for the installation of ceiling on a later stage. For the meantime, I still have to save enough money to fund that project again. I'm looking into installing steel ceilings. Well, I've got this idea after I have seen the ceiling on the above photos. These were taken at Coco Lime when we had our last family lunch prior to my scheduled flight. 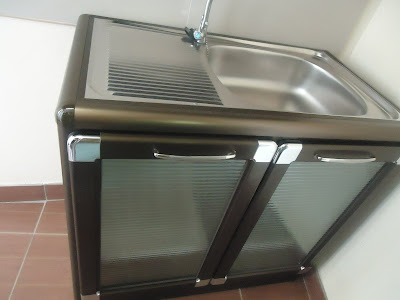 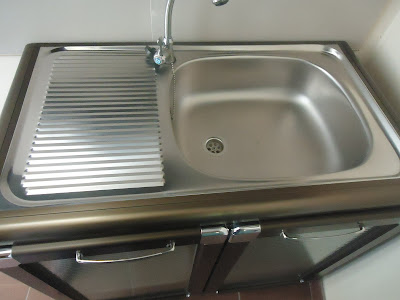 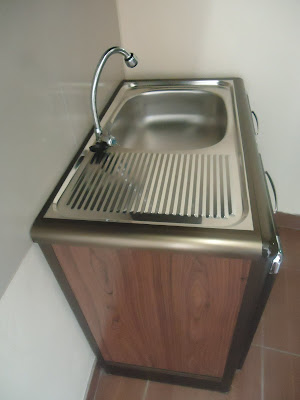 I have seen this stainless portable kitchen sink from the hotel where I stayed last March 11 at Bangkok Thailand when I was about to return to work. I personally like it's design and the size. It's very applicable for use in small condominium units or small apartments. It can also be used for kitchen extensions in your room. It's elegant, stylish and compact.
at March 18, 2012 7 comments:

A Simple But Elegant Water Fountain 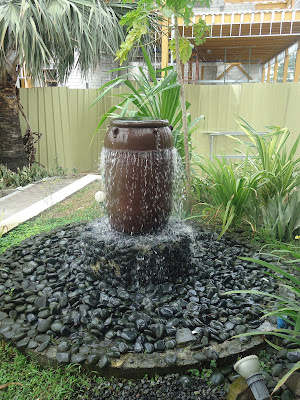 Have seen this water fountain during our last visit at Cocolime Restaurant inside SBMA. We had our lunch at the garden area. Actually we had Lucio with us that's why we were not allowed to dine inside the restaurant. They have this garden setting just in front of the entrance to the dining area. Since, I'm a nature tripper and a nature lover myself, moving to the garden area had enabled me to enjoy more.

Look at that water fountain above! Its simple but elegant. They just make use of black pebbles and a jar. No more, no less. I really love using river rocks and stones for garden decorations. It's really cool and refreshing.
at March 17, 2012 2 comments:

Email ThisBlogThis!Share to TwitterShare to FacebookShare to Pinterest
Labels: Gardens

Hmmm...I'm almost done with my vacation. The company that I'll be joining in in the next few days only gave me 17 days for my vacation but in that 17 days, I was able to accomplish so many things and I owe it to God for giving me such wonderful blessings. Three of the items listed down on my goals for 2012 were started and on it's way to completion. The canopy/awning that I wanted to put up in my current house was already done. Another major project that's part of my goals for this year is the replacement of roofing for my other house which I considered an investment as I am earning from it's monthly rental. This project is quite costly as there are major works to be done. We've decided to replace the entire roofing with steel trusses and install new GI sheets. Due to the high cost of materials now, having renovation works is such a pain in the neck but I don't have a choice coz I have to get it done as the entire roofing was already weak. Well, blame it to the termites. I'm worrying that it could not withstand the endless typhoons in the Philippines.

The project costs me a total of Php113,000 including the materials and labor. However, it is not the end of my expenses as I still need to install the ceiling which could come in a later date. The most important thing is the roof as this is the one protecting the house. It's a good thing that I was able to have it started before the rainy season. Now, the project is still ongoing and expected to be completed before end of this month.

Oh well, it is such a relief that I was able to start with it this early. The third one is the reactivation of my SSS from which I stopped contributing since I resigned from the previous company in the Philippines few years ago. Now, I was able to visit the SSS office to reactivate my membership, this time as OFW.

I'm happy that things are falling into places. My hard work has paid off. Well, I still have few more to go in my list but I am certain that with enough discipline and determination, I would be able to fulfill everything within this year.

Email ThisBlogThis!Share to TwitterShare to FacebookShare to Pinterest
Labels: Uncategorized 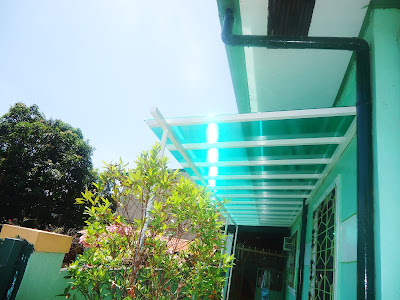 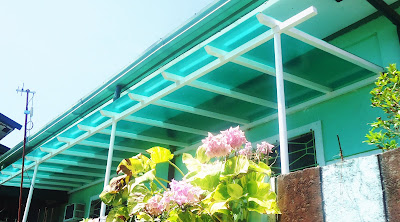 One of the items listed in my goals for 2012 is to have an additional canopy/awning in place on the left side of my house to provide additional shade and protect that area from heavy down pour during the rainy season. I'm happy that this goal had materialized in less than 2 months after I came up with that list. Now, it's already completed. I have personally chosen the steel frames with polycarbonate sheets for my awnings as this is faster to complete and is more durable. Not to mention that the color matches the motif of our house, and even it provides additional shade on the area, it never compromised the brightness. I think it's just perfect for that area and served it's purpose.

Now, I don't have to worry much on the successive typhoons in the Philippines as the area will now be protected. The only disadvantage is the price. Of course, polycarbonate sheets are more expensive than the ordinary GI sheets. It costs me 20k for this project but I think it's all worth it.
at March 05, 2012 2 comments: