Identifying And Dealing With Asbestos 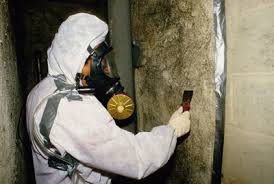 Asbestos is an incredibly harmful material. It certainly tops the list for one of the worst materials used in the construction trade. When construction companies originally started using this material, they thought they had hit the jackpot. Here, they had a material that had excellent insulation properties and was a fraction of the price of most other insulating materials being used at the time. Insulating roofs and pipes was therefore, much cheaper.

The 60s
It wasn’t until the late 60s that medical professionals started to release in-depth reports relating to the huge danger that the material posed. By 1969, Governments across the globe were introducing rules and regulations to reduce the use of asbestos. By the 90s, the use of this material had basically become non-existent.

Health
Asbestos was linked to being a catalyst to cancers such as mesothelioma. Unfortunately, this conclusion was drawn much too late and many sufferers had already died by the time regulations came into place. The cancer would develop when individuals inhaled the sharp and small fibres that are contained with the material. Every worker was at risk including plumbers, carpenters and even builders.

Identification
If you live in an old property, built before the 60s, there is a chance that asbestos is present. There is no reason to be alarmed. Generally, asbestos particles are only inhaled when the material is agitated. That being said, it is better to get rid of it sooner rather than later. Of course, to get rid of the material, you need to identify it. The most common places you will find this material are:
It is worth noting that any of the above that was replaced after the early 90s is not likely to contain any form of asbestos.

Removing Asbestos
Asbestos removal is incredibly expensive. Even a small property could need thousands of pounds worth of work doing. Although economic times are hard, do not be tempted to complete this on a DIY basis. You may have been living in the presence of asbestos for years, but the removal process is when exposure is likely to happen. What you need to do is employ a company to complete the job. They will cover up all furniture and house hold items to ensure that the asbestos does not stick. They will have ventilated suits and deal with the removal process based on their experience.

Dealing With Health Issues
Anyone that worked as a trade’s person from before the early 90s could have been affected. If you have been exposed to asbestos, then it is likely that you are developing mesothelioma cancer. Don’t be fooled into thinking you have escaped, just because you have not been diagnosed or see no symptoms. It has been known for this form of cancer to take 50 years to develop. By the time most people are diagnosed, it is already too late and they have just a few years to live.

Whether you were self employed, or employed, if you were exposed to asbestos, then you could be eligible for mesothelioma compensation claims, which are certainly worth exploring.

Alex is an online writer that has been writing about issues in the construction industry since 2007. Many of the issues that he has covered are related to health, including the links between asbestos and mesothelioma cancer. Alongside this, he writes for a variety of sports and health related blogs.

Email ThisBlogThis!Share to TwitterShare to FacebookShare to Pinterest
Labels: Uncategorized