I was going through my photos in my desktop folder when suddenly I saw these pics of my daughter's debut party.  It was already one and a half year since we've celebrated her debut but until now, I still can very well remember all the details of the party and all the excitements we had felt during the preparations. Me and my son conceptualized everything.  We didn't hire a planner or an event stylist, everything was a DIY kind of thing and once again, our creativity paid off. 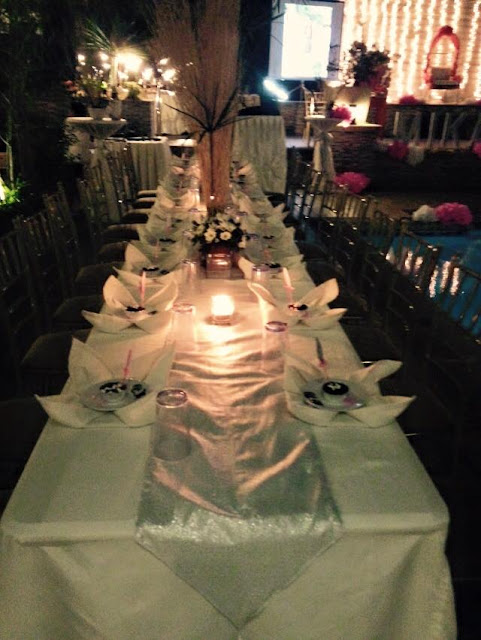 Party venue charges extra for the lighting effects but sound system was included in the package.  We wanted to bring a small band like acoustic band as part of the entertainment but we were advised that we have to pay extra for that.  It was not a practical idea so we just settled with the in house sound system.  They have a big speaker amp though and we thought that it was good enough, so we just commissioned a family friend who sings well to be our singer for the night. 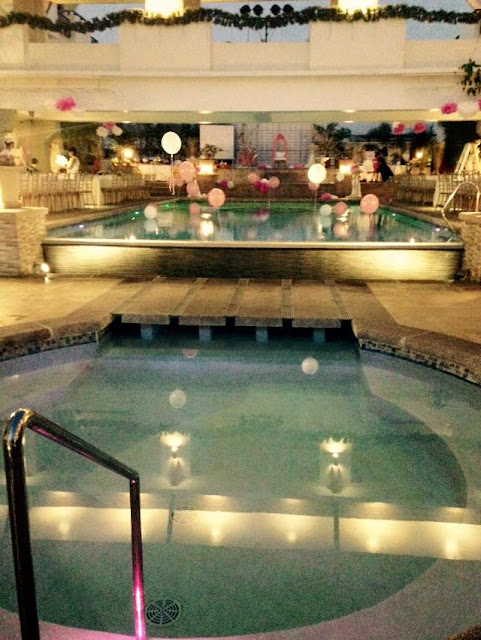 The party turned out to be a huge success.  The party set up was done tastefully, simple but elegant. My daughter was so happy and cannot thank me enough. She had received a lot of compliments from her visitors and friends, citing that her party was one if not the most unique and coolest party they have ever attended.  Remembering how happy my daughter was during this very important event in her life just gave me that joyful feeling.  I am looking forward to more happy parties for her and probably this time, we would just be doing it in the house as we have already done a lot of home make over.