For the longest time, I've been inkling on including loft rooms in my proposed apartment units.  This has been in my bucket list for few years and was on pending status since we are still raising enough money to fund the project.  I used up all my savings as well as investments to put this thing into a reality and with God's grace, I was able to pull off everything last year.  Two units were built on the second floor of the building, the main floor being an events place.

The first unit turned out to be so nice, small but compact with all the spaces needed for a comfortable living. I've chosen the white and apple green color combination. You may refer to the first three photos below:  We've used tiles in the flooring except for the loft room where we've used vinyl tiles.  My Korean tenant who had leased the unit commented that is is not much different from the apartment units in Korea. :) 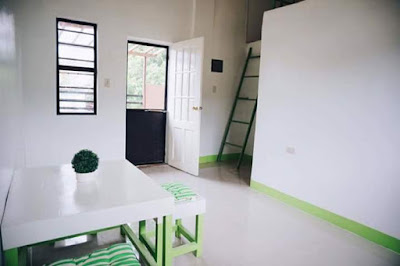 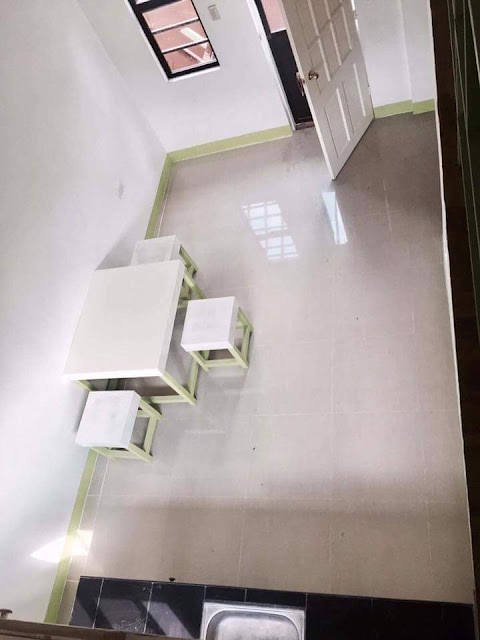 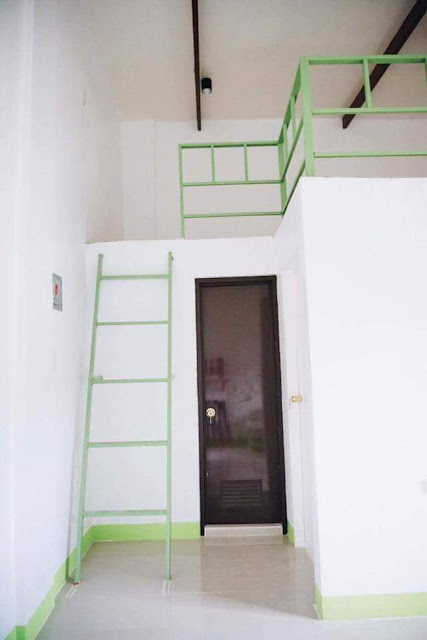 The two photos below were taken from the loft room on the second unit which was purposely done as an extension of the business.  Everything in this room was DIY.  You see, we had a very tight budget as our projects were done one after the other, so I do get financially drained at times. Lol

Despite of that, we've manged to come up with such a lovely interior design by just relying on our own creativity. I was so lucky to have my son and daughter who are both artistic and creative.  They helped out a lot in the overall design of the room.

I would be posting more of my projects very soon. :) 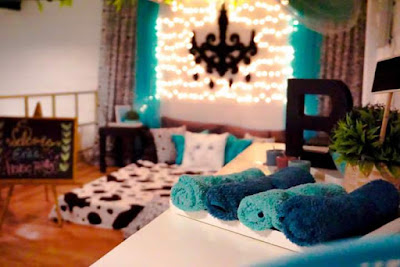 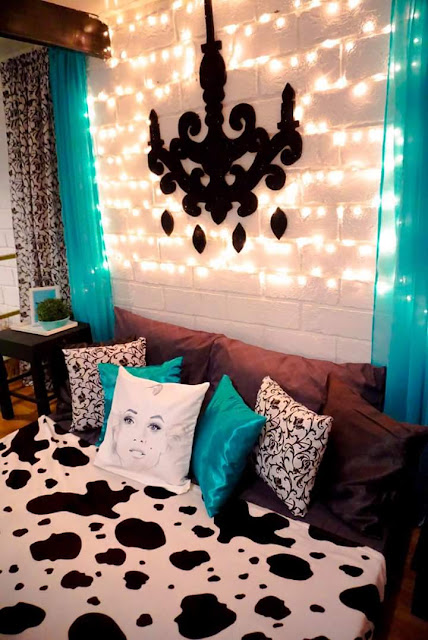